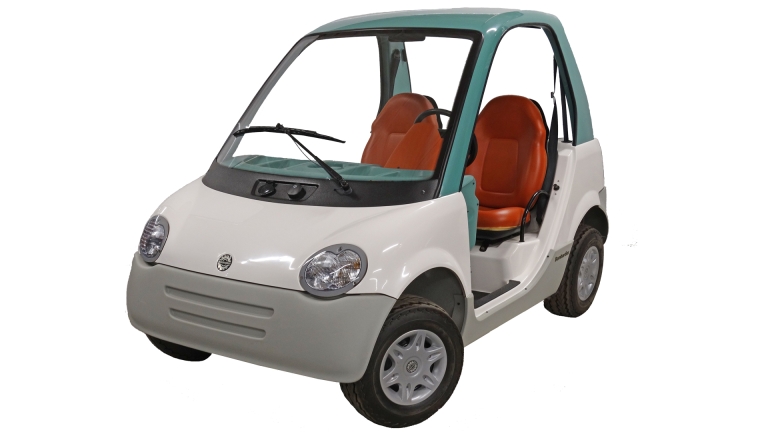 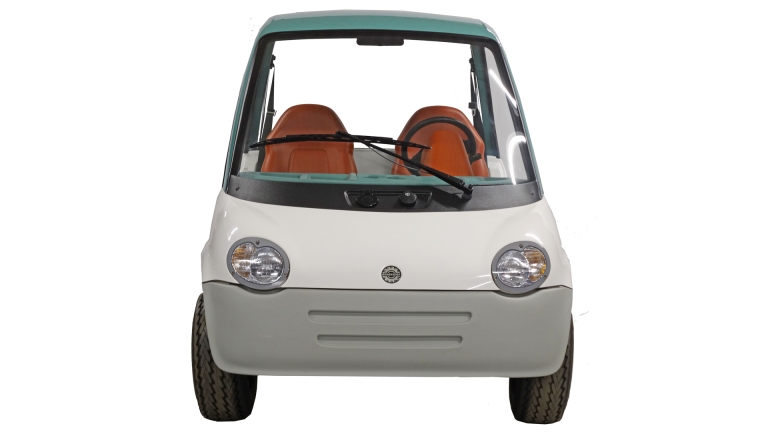 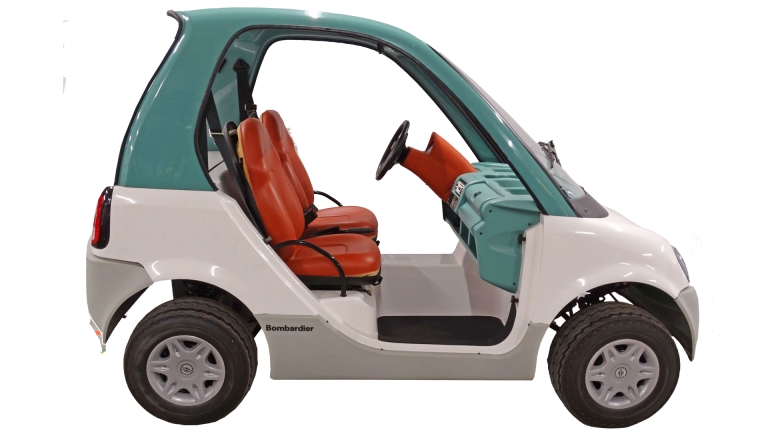 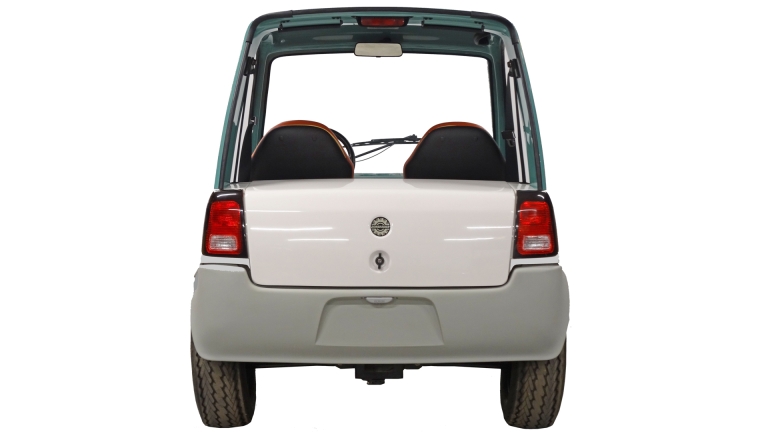 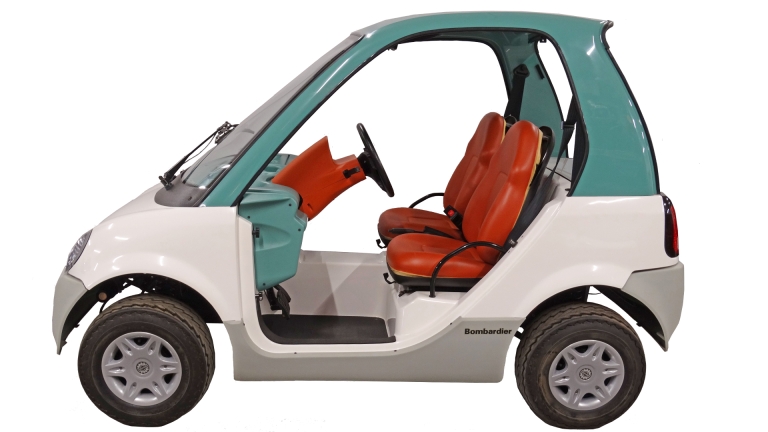 Small electric two-passenger vehicle produced from 1996 to 1999, designed for travel within a neighbourhood, such as gated retirement communities in the southern United States. Equipped with a 72V electric engine and a top speed of approximately 40 km/hr, it has a number of features in common with a car: lights with turn signals, mirrors, 4-wheel independent suspension, seatbelts and a windshield. The vehicle is 254 cm long, 140 cm wide and 156 cm high, making it somewhere between the size of a conventional car and a golf cart. Although the vehicle stirred up some interest at its launch, it never really caught on and Bombardier eventually ceased production