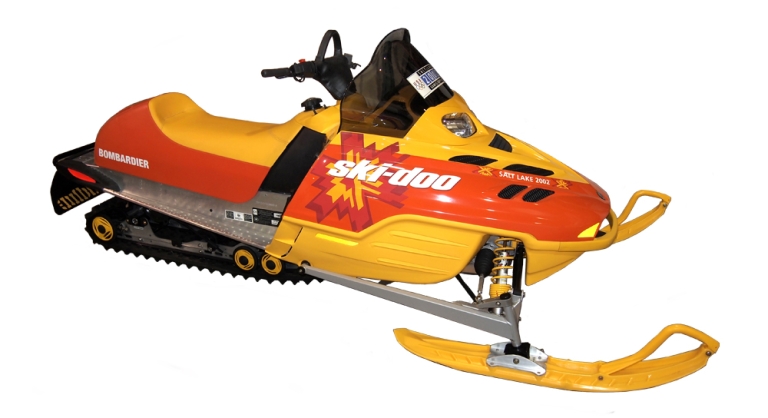 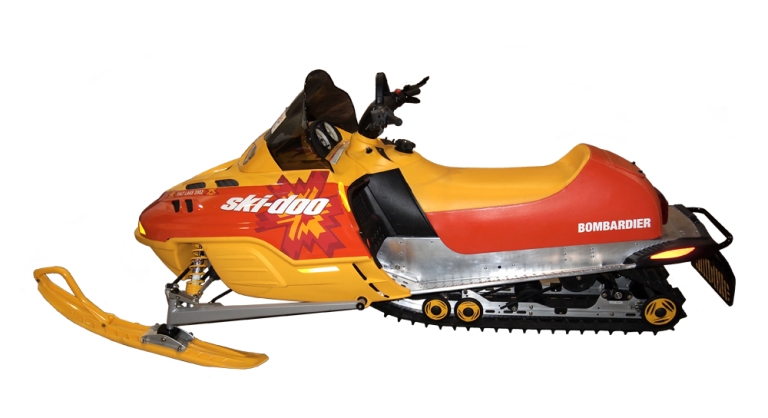 Bombardier Inc. played a significant supporting role as official supplier for the Salt Lake City 2002 Olympic Winter Games. The hood of this Ski-Doo® snowmobile sports the colours and style of the Olympic Winter Games. Except for those decorative features, it is identical to the MX ZTM 700 R Renegade model. Carburation is delivered by two Mikuni TM-40 carburetors equipped with a DPM (Digital Performance Management) system that automatically adjusts fuel supply according to atmospheric conditions, altitude and barometric pressure. The snowmobile is also equipped with a reverse gear system (Rotax® Electronic Reverse), which reverses the rotation of the motor electronically while the engine is at a near stop. Donation from Bombardier Inc.