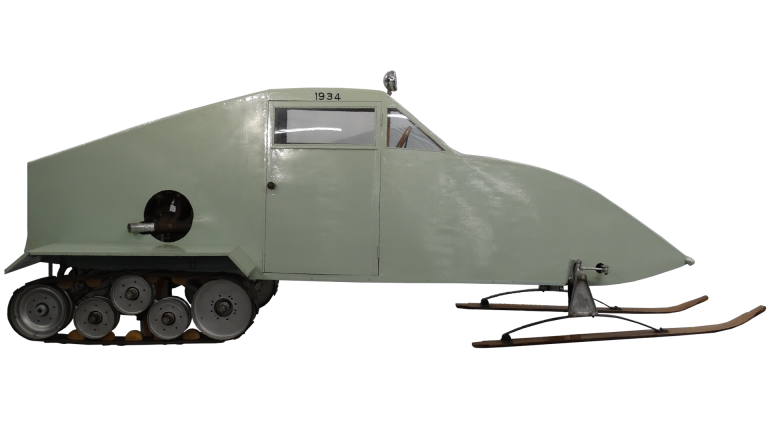 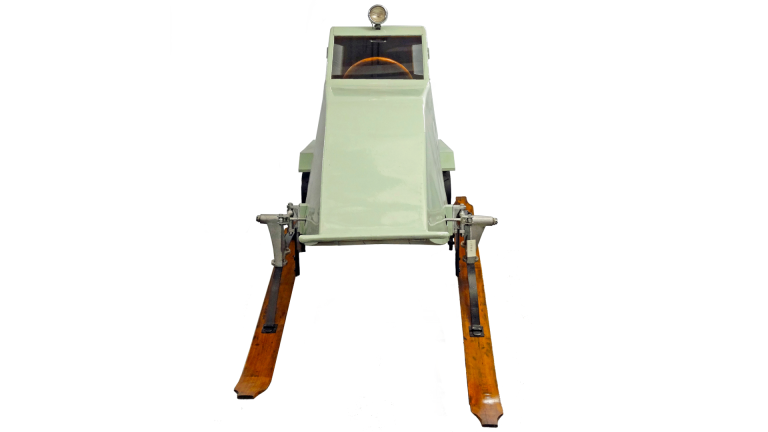 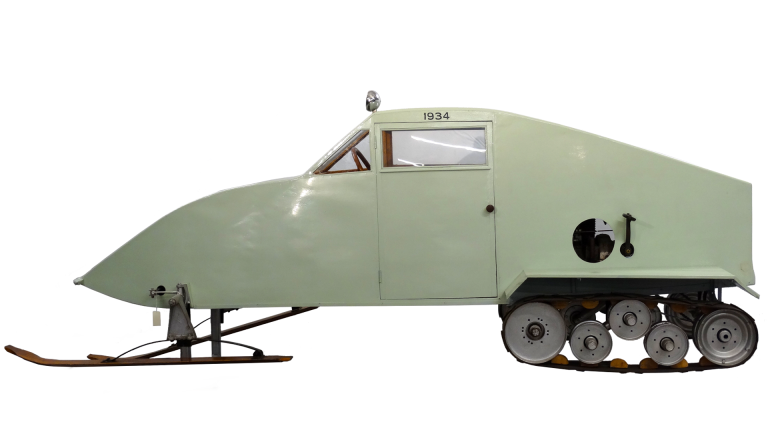 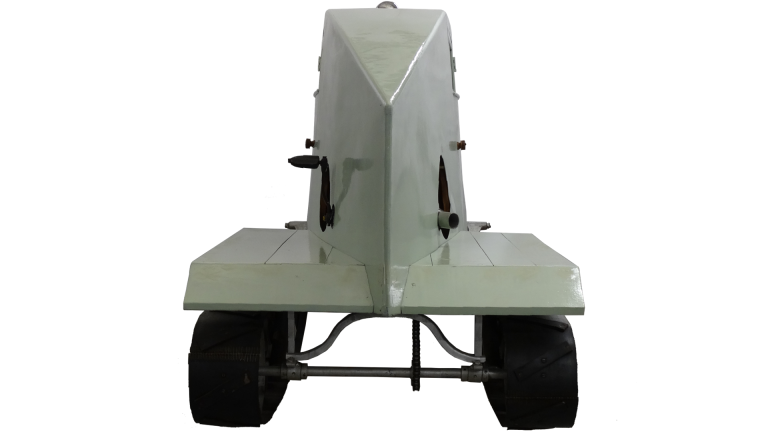 Joseph-Armand Bombardier developed this prototype to test the relationship between weight distribution and traction. It was powered by a four-cylinder, air-cooled Indian† motorbike engine placed at the rear of the vehicle, with the weight placed over the tracks for improved flotation and traction. A clutch pedal allowed for manual gear changes. The rear suspension is semi-mobile: swivel wheels in the centre and fixed wheels at the extremities. This experimental vehicle is one of only two that Joseph-Armand Bombardier kept in his personal collection.